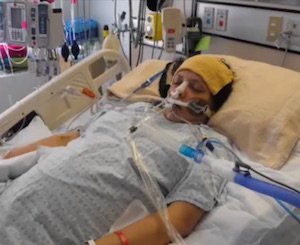 The following quote is an excerpt from WNCN.com, a news program out of North Carolina in reference to the Zika virus and the potential syndrome caused by the virus:

“Zika is a very scary virus. It has been linked with a severe neurological disease, called Guillain-Barre syndrome (GBS), which can cause both temporary and permanent paralysis….”

My question is why hasn’t the news reported the same exact language in reference to one of the potential reactions people have to the flu vaccine (which people have with such prevalence that it was the number one paid out injury in vaccine court last year)?

Guillain- Barre is a known reaction to vaccines.  The United States Court of Federal Claims (Vaccine Court) and the Department of Justice representing the Department of Health and Human Services pays compensation for Guillain-Barre victims.

As a lawyer admitted in Vaccine Court and representing victims of vaccine injury, I am happy to see that the government helps people who develop GBS as a result of receiving a vaccine.  However, what concerns me is that not many people (including doctors) are educated on this possibility.

The reports regarding the Zika virus and GBS will alert the medical professionals to be on the lookout for the connection if presented.  However, the medical community needs to also be on alert for those who present with GBS and who have just received a vaccine.

There is nothing for the doctors to be afraid of or ashamed of.  People get a shot and sometimes they develop GBS.  The medical community and manufacturers are shielded from liability.

Phyllis Widman, founder of Widman Law Firm, LLC represents those who are injured by a vaccine.  If you or a loved one has GBS and you believe it could be from a vaccine, call Widman Law Firm for advice.  (609) 848-5692.  www.widmanlawfirm.com.