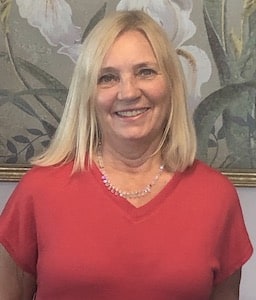 Ms. Gallagher began law school as a mother of three children ages two, nine and eleven. Prior to becoming an attorney, she was a grade school teacher for first and fifth grades in the New Jersey public school system for fourteen years. During that time, she was also a licensed real estate salesperson in New Jersey and obtained her Master’s Degree.

Ms. Gallagher’s interest in representing vaccine injured petitioners was sparked by the challenges of two of her three children who were injured by vaccines.

On February 22, 2019, Ms. Gallagher was inducted into the Foundation for Education Alumni Hall of Fame for her achievements in the fields of Arts & Humanities. Presently, she serves as a member of the Bud Kern Scholarship Committee, which selects and awards scholarships to local high school graduates for their secondary education. Her past service includes six years on the Blessed Sacrament School Board, as well as volunteering for sporting events at her local high school.