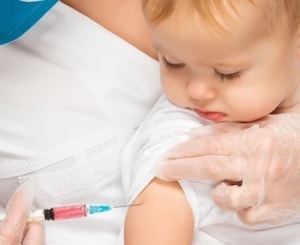 California’s bill to eliminate personal belief exemption for vaccines will move on despite growing dissension. Senate Bill 277 passed California’s Assembly Health Committee 12-6-1 on June 9th and is awaiting another vote within the state assembly. The bill will prevent parents from enrolling their children in school without receiving over forty doses of the ten vaccines deemed “necessary” by the U.S. Centers for Disease Control and Prevention (unless for medical reasons).

The hearing held prior to the Health Committee’s vote attracted concerned parents and doctors from across the state, many delivering testimonies of their experiences with children injured by vaccines. The controversy is rooted in the perpetual struggle between protecting personal liberties and promoting the “greater public good”; with proponents of the bill arguing compulsory vaccinations are necessary to safeguard against a widespread outbreak, while those in opposition are voicing concerns over the safety of vaccines, and others more than concerned about the constitutional violation of  personal liberties.

Somewhat ironically, co-writer of the bill, Senator Richard Pan (D-Sacramento), stated during the hearing that the bill was “about freedom” from disease. Pan was prompted by the December measles “outbreak” in Orange County, Ca. arguing “Vaccines are necessary to protect us. That protection has been eroding.” But not everyone shares his view that California’s health is in dire straits. Santa Monica pediatrician, Jay Gordon asserted that, “Our current measles vaccination rate is easily high enough to prevent school spread” of disease, and statistics seem to be on his side, as only about 140 cases of measles resulted from the outbreak.

The opposition has made some progress with getting their opinion across, and Pan has demonstrated some willingness to compromise. A recent amendment to the bill will make it easier for people seeking medical exemptions, giving physicians more power to consider family medical histories when signing off on medical exemptions. Still for many this falls short, ignoring the potential risk involved with all vaccines, as well as the violation of a person’s 1st Amendment right to freedom of religion, where many faiths advocate for abstaining from vaccines.

The controversy in California potentially ties into national vaccine law and the U.S. Court of Federal Claims, as more states begin pushing towards compulsory vaccination, it becomes necessary to consider just how difficult it could be for the court to handle more injuries caused by a higher vaccination rate.

The state of California has historically been a national legal trendsetter, therefore with this bill gaining so much attention, many states could follow suit.